I am what people would refer to as a Christmas baby. I wasn't born at Christmas but I do love Christmas. I actually love any excuse to get together with friends and family and celebrate being alive, whether that is at Christmas, at Easter, Halloween or birthdays. I actually think most things are excuse enough for laughing and spending time with those you care about. I would actually be much better at it if I was more sociable, hahaha.

Anyway, I have completely gone off topic…so, with Christmas being my favourite holiday season and my total immersion into everything related to Christmas; food, decorations and music, it was inevitable that a band named 'Little Donkey' would catch my eye! 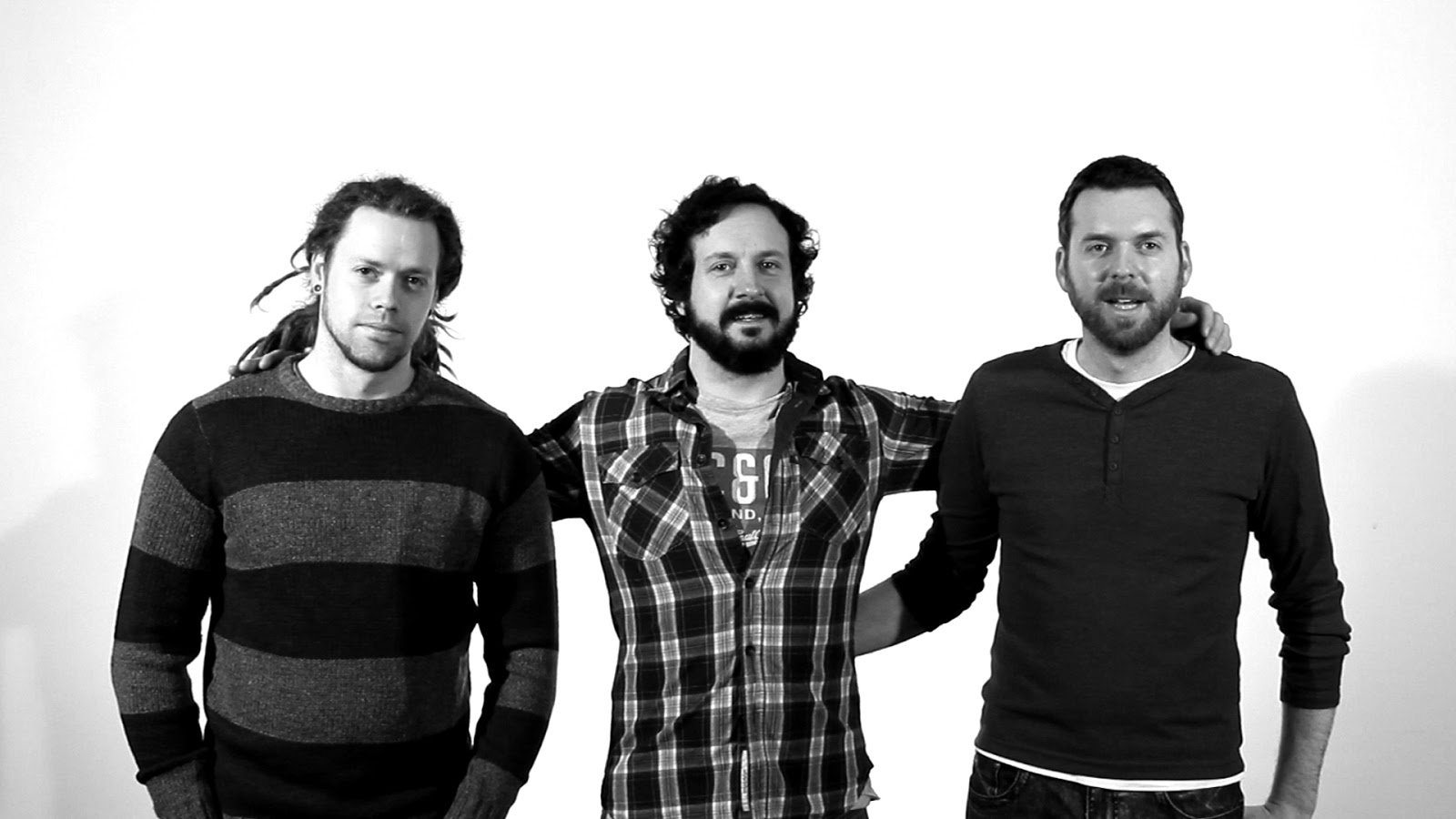 
Their own Facebook about me description is much more succinct than the one I provided. So here it is;


Not to be confused with the biblical ass of Bethlehem, Little Donkey are a three piece folk-rock outfit hailing from Chelmsford in Essex.


…And from this it seems they have a sense of humour! J But that wasn't enough; could they combine music with personality? I would need to ask them some of my world renowned (*cough*) questions.


Waaaaay back when, Mat and Si crossed paths at senior school in Chelmsford, drawn together by a love of music, bmx and swimming. At this time, Si's brother Russ was somewhat younger and more into Boglins, Muscle Men and BraveStarr (probably). In a bizarre musical maelstrom, Mat and Si would go on to form some hideous rock bands at school, setting up Mat and Russ to join up for an actually great rock band post uni, who then split and caused Si, Mat and Russ to join up as Little Donkey...


I remember giving them the Twitter test; go to the website, click play, listen for twenty seconds and if its good, then follow them (I'm really that complicated) and the song that I first heard was;

And it is actually my favourite of the four tracks that are on their EP…they have a new EP coming out soon and I shall update you on that when it does. I am (regular readers will have noticed) always keen to know what song a band thinks best represents them or gives a glimpse into their sound and whats to come for someone who has never heard them before, so I asked;

Do you have a favourite track off this EP that you would recommend to someone who hadn't heard your music before?

Hopefully, all four tracks on the EP are accessible, and should at least get fans of acoustic or old school MTV Unplugged stuff interested. It's that ethic, of making acoustic music that's a bit more ragged and heavy that appeals to us. We'd each pick a different song to represent what Little Donkey is about, and that's a good thing; because we're each bringing something different to the table (gold, frankincense and myrrh, perhaps).

There are only 4 tracks on this EP (fear not the new one is coming soooon!) and ant of them will introduce you to the band's sound. This is in no small part due to the distinctive vocals of the singer. So, I wanted to know;

Who writes the songs/music, is it a joint effort?

The Little Donkey way tends to be to repeatedly and tirelessly play your new song or idea at inopportune moments, until another band member picks up on it and jams with you. It's a very democratic method: if no one joins in, the song is left for dead. If it is picked up, it'll be played and played and recorded on phones and we'll be in a happy place for quite some time. The sorrow comes when Mat then takes over on the lyrics, desperately trying to find some sadness in his happy heart, just to make the songs sing a little bit more. 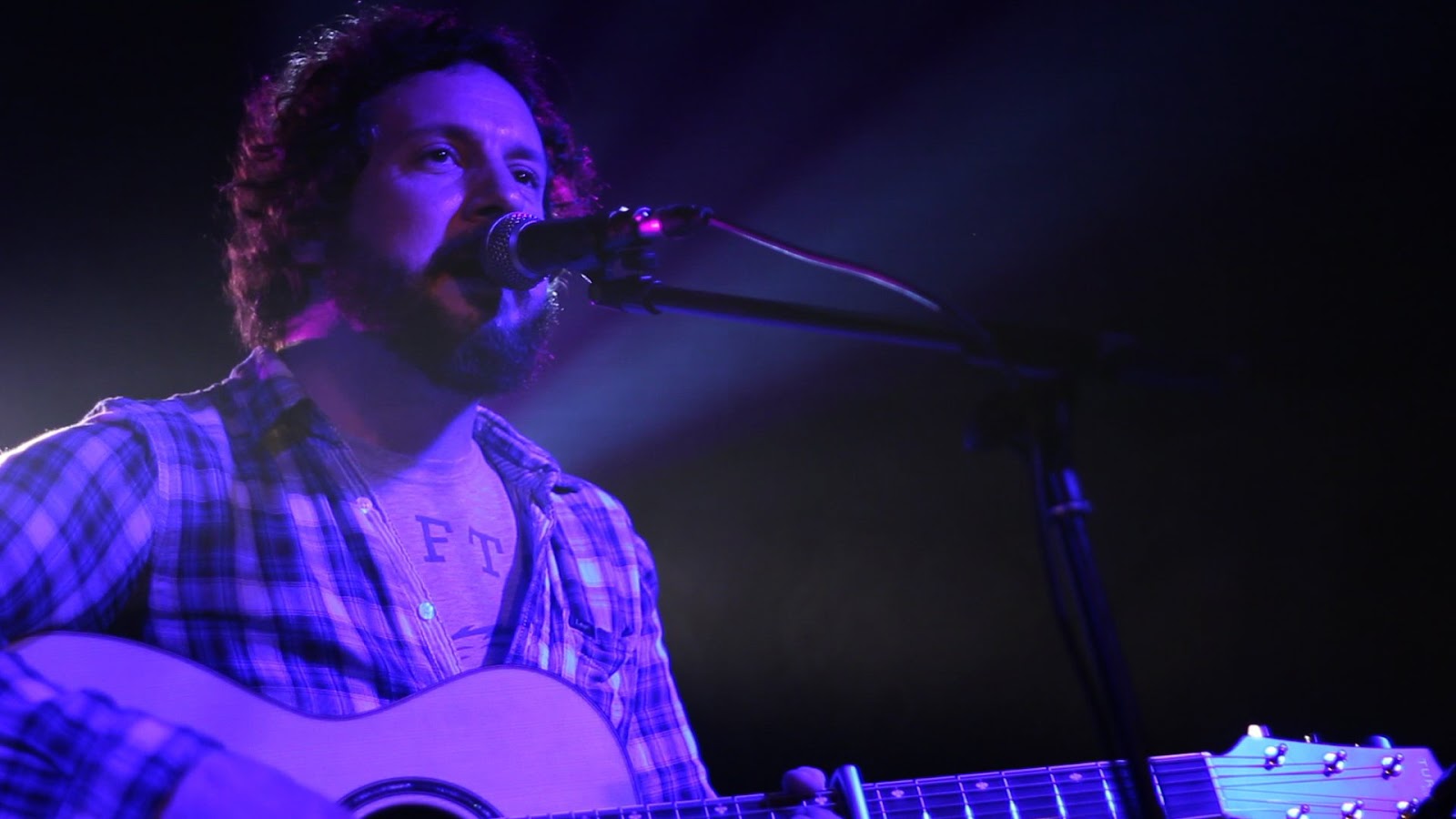 I like their methods which remind me of that film 'Theres Something About Mary', with the guitarist constantly playing music in the background of each scene until you notice, it also seems to be a really inclusive method which I'm all for. Not put off by the mention of sorrow I carried on with;

Which is your favourite song to play live?

We genuinely love playing all of the songs, particularly when the audience joins in and sings your words back at you - It's an unbelievable feeling and makes the new songs a somewhat exciting event for us - We'll subconsciously gauge the song's reception, desperate for it to have the same magic that we felt when we first made it. If there's no magic, the song is flogged and beaten once again backstage, its screams hidden by a rendition of a fan favourite.

On this note…let's have a listen to Wrong Direction.

I can imagine listening to this song on a hot day and if you can to get down to Brownstock! But I wanted to know;

What is the most memorable gig you have played?


The Undiscovered 2013 final at Chinnery's was a truly awesome experience. We were entered into the competition at short notice, so to triumph in several battle of the bands rounds and to then win overall by panel decision was amazing. That, and the fact the audience were unbelievably receptive made the night one to remember.

I am always curious as to how a band's sound stays the same, evolves or seeks out new styles from EP to EP to Album. In my head, I have my own ideas of what I would hope a band will do, and with a new EP coming out soon I asked;

Is it more of the same or have you experimented with anything out of the ordinary on it?

The new EP will be more polished, as the current EP is a home recording; but we're remaining tight lipped on content! 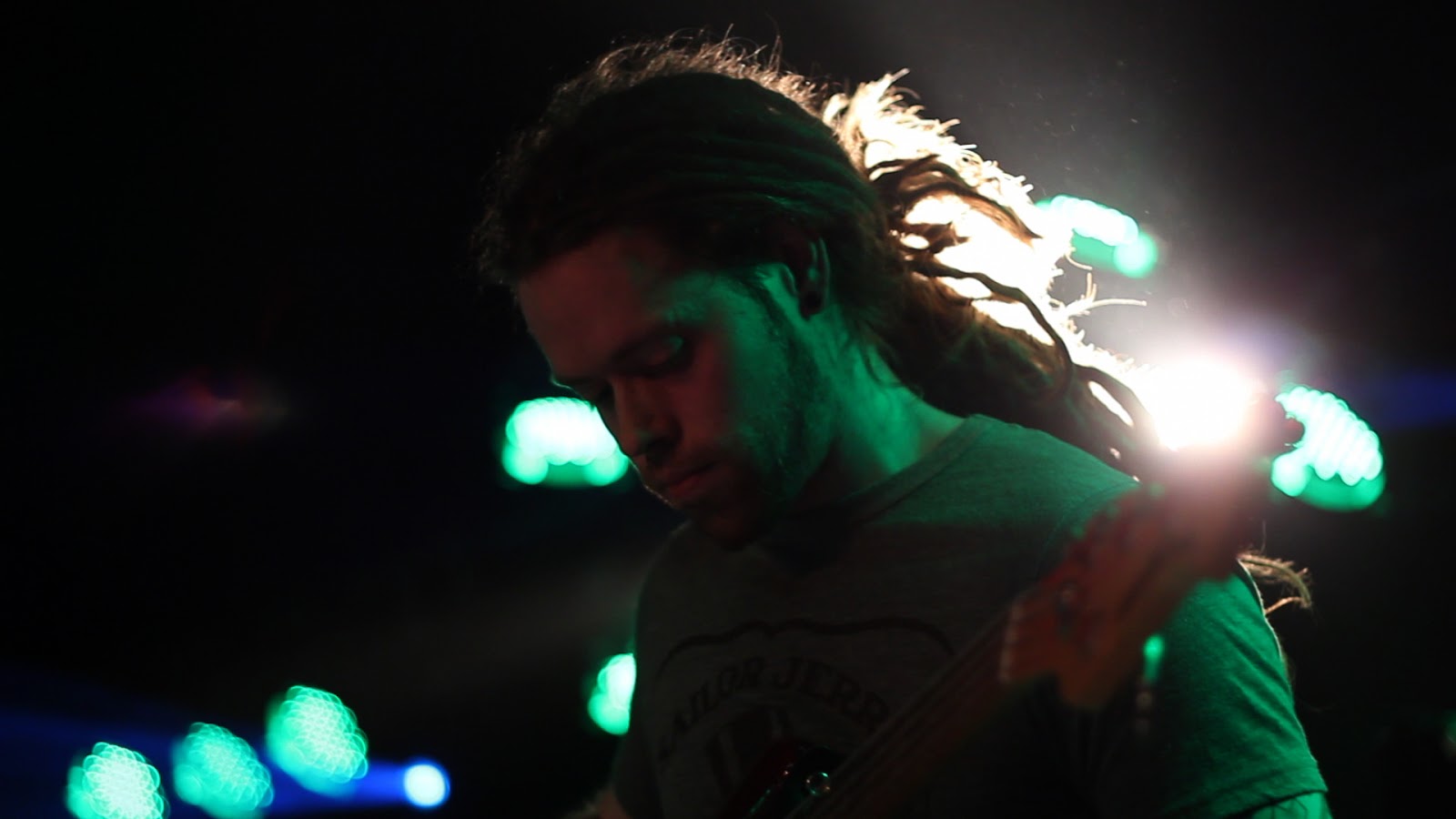 I'm intrigued. I definitely know that I want to hear more and shall be keeping an eye out for its release. But whilst I kill time waiting for that I felt I really needed to ask the extremely important questions;

If they made a documentary about your meteoric rise to fame, what would be your most memorable characteristic (each band member)?

Well, Little Donkey is renowned for being somewhat hirsute of face. We were bearded well before the modern hipsters squeezed theirs out, so maybe we'd be remembered for being such damned trend-setters. Mat's added a dash of milk-dribble whitening at the moosh to his, and Si and Russ an all-round rusty hue - Memorable and yet sexy characteristics indeed. Aside from that, Mat's known for his Rocky-esque speaking voice, deep and mumbling in its delivery; Simon for his inability to cope without specific meal times and Russ for his unerring laid-back attitude (except when also unfed - It's a Charlton thing).

Ah! The rock'n'folk lifestyle!
I can't be the only one who is curious as to how much their first albums would give away about them, but that aforementioned tight-lippedness has reared its head again, although happily leaving us an insight into their musical inspiration.

What was the first album each of you ever owned?

We'd be giving far too much of ourselves away if we went back to the real first albums (Mat definitely didn't own Sam Fox's 'Touch Me', honest), but we can certainly recall the many albums that most influenced us. Pearl Jam 'Ten', Blind Melon 'No Rain' and Alice in Chains 'Dirt' are just a few indicative albums from an era that we aspire to: the early 90s. The MTV Awards and Unplugged bootlegs and videos that we grew up with, desperately emulating our heroes around campfires and at crappy house parties. Maybe it was our youth, but those bands truly mean something to us (them and their contemporaries) and that has pretty much moulded the way we write as a band.

Every band gets asked this question, and most avoid answering it, but few are open to suggestions but still;

If you were invited onto BBC Radio 1 Live Lounge, what song would you cover and why?

We'd be pretty contented to cover any of our heroes, albeit with a Donkey spin, but likewise, we'd always go along with what the fans want. It's a bit too easy to just take a high flying chart number and make it your own, but we're open to suggestions; classic, contemporary or just plain wrong. 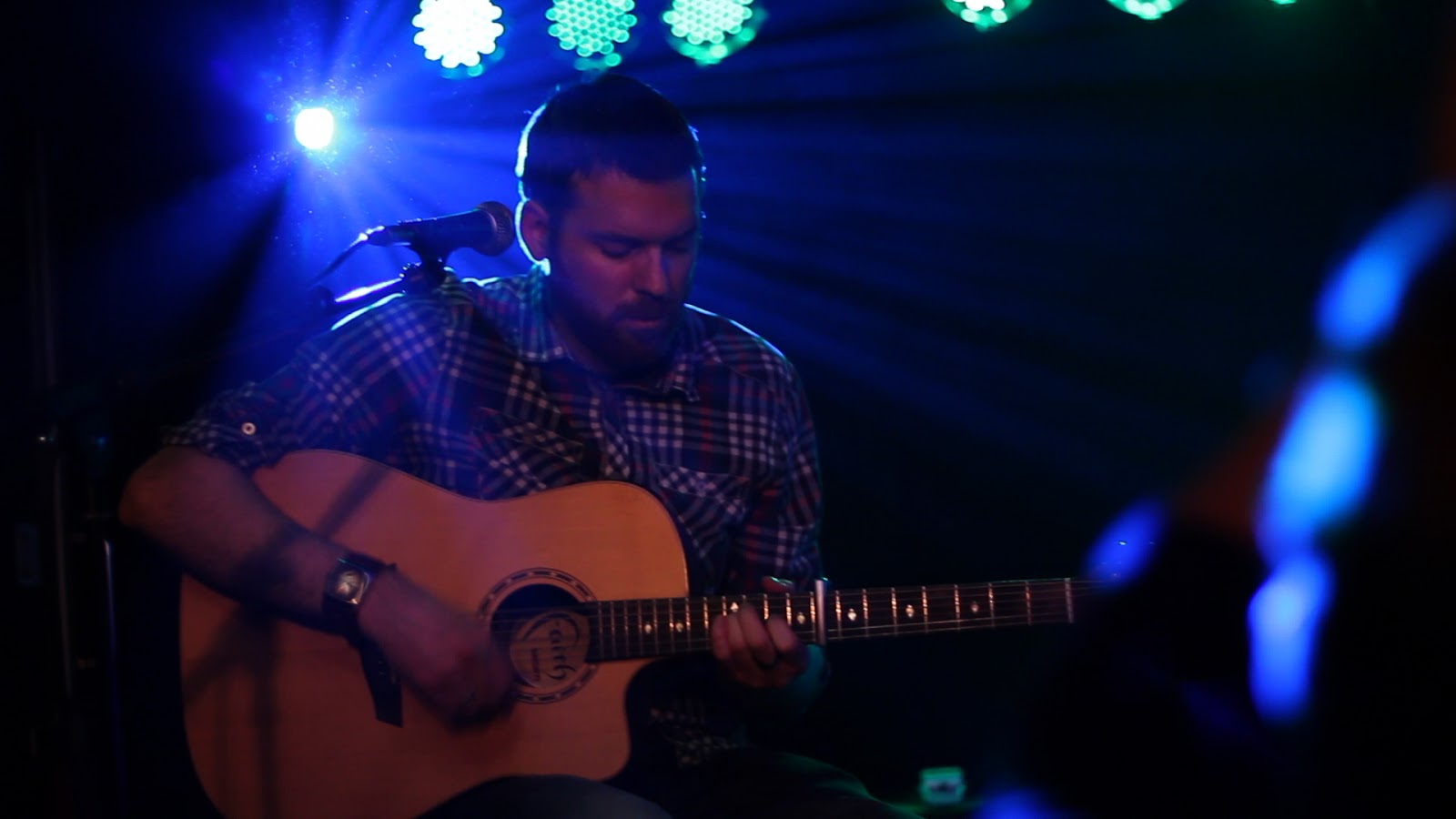 They have a track called White Widow which isn't on the EP but is a favourite of mine, I like the melody and the pace and the way in which the tempo has been used in conjunction with the words to create that feeling of urgency.

EDIT: This track is no longer available on SoundCloud or anywhere for that matter! Did I imagine it? I didnt. I hope it will appear somewhere again soon as its a favourite. In the meantime check out their new PledgeMusic page and get involved! Pledge Pledge Pledge
With that same urgency I have to ask;

What's coming up for you over the next few months?

We're off to the studio soon, so have been writing and practising a fair bit, in between recent festival slots at the Fling and Walthamstock. We'll be at Brownstock in September however, playing the Treehouse stage on Sunday 1st from 2pm ish. Let us know if you've got any thoughts for a special cover, and we'll see what we can do!

So please make your suggestions in the comments! Maybe I should suggest something from that iconic album 'Touch Me'….hehehehehehhe

All links to their social media sites and everything else can be found on their Facebook page which is informative and fun so make sure you have a look here: Little Donkey Facebook Page

I would just like to thank the guys for answering my questions and visiting my blog today, I hope you have enjoyed listening to them as I have done.

EDIT: Check out the YouTube link below of Mat singing Sam Fox - Its an impressive rendition for sure! I do feel like he lured me into requesting it and as such I have a new request. When I was about 4-6 I was given an album by the Tygers of Pan Tang and therefore I would like to request Paris By Air!! :P